A perfectly aged OMEGA Speedmaster has sold for a world record price of CHF 3,115,500 at Phillips Auction House in Geneva.

The striking timepiece was among the first batch of OMEGA Speedmaster watches released in 1957 as part of the brand’s “Trilogy” of professional watches, which also included the Seamaster 300 and Railmaster.


While many collectables are valued for having been stored safely in the dark for decades, this extraordinary OMEGA has lived an active life, often in full sunlight, resulting in a unique "tropical" dial that has aged to a vibrant milk-chocolate shade.

As well as being rich and vivid, the brown tone is incredibly even throughout. Moreover, the luminous material on both the dial and hands have aged at the same pace, giving the display an attractive golden tone. This uniformity of colour also confirms the watch has not undergone any disruptive servicing.

OMEGA watches with the reference CK2915, were only made between 1957 and 1959 and produced in just three different iterations, making the CK2915-1 one of the very first and most collectible Speedmaster models. 
Key differences to later generation models include the large “Broad Arrow” minute and hour hands, the metal bezel and unique dial graphics, distinguishable by the oval “O” of OMEGA.

The first generation model, reference CK 2915, is considered by collectors as “the grail”. It was the first chronograph to feature a tachymeter scale on the bezel, rather than the dial - and the first Speedmaster to draw its power from the mighty Calibre 321, an extremely robust and reliable movement. 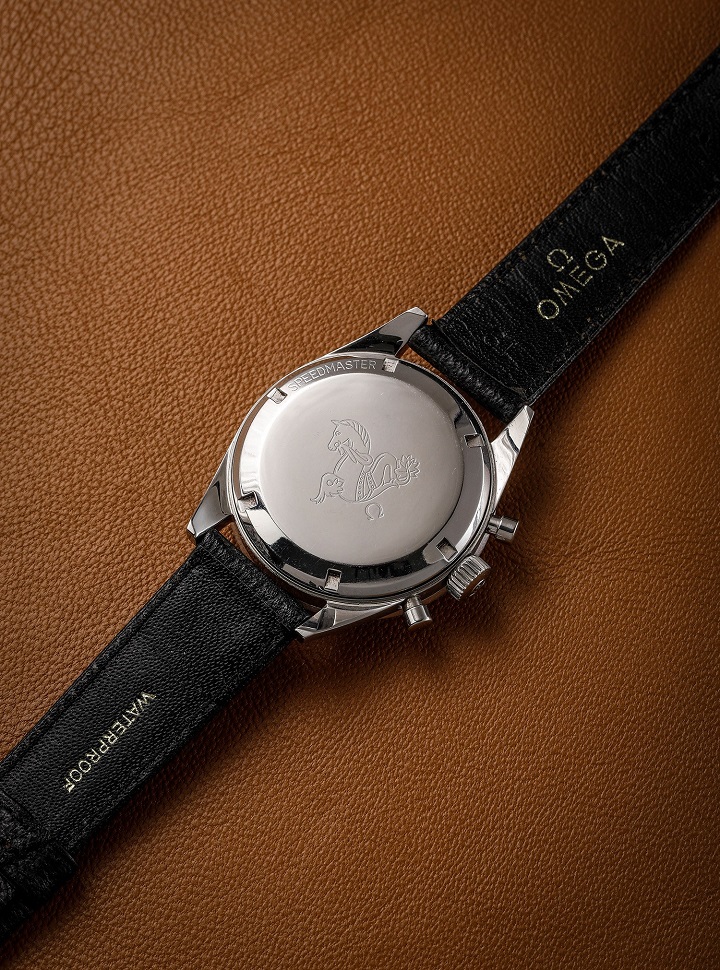 
In addition to the watch, the proud new owner received an OMEGA “Extract from the Archives” confirming production of the present watch on November 22, 1957 - and original product literature.

All photographs courtesy of Phillips from phillips.com