The world’s greatest Olympian visits the OMEGA Showcasing in Tokyo.


Although it was his first visit, Michael Phelps was in familiar territory at the Official Timekeeper’s Showcasing in Tokyo. The American swimmer has been a friend of the brand since 2004, or in his own words, a relative.

“OMEGA has been with me through all of my gold medals, for 21 years. It’s a family”. 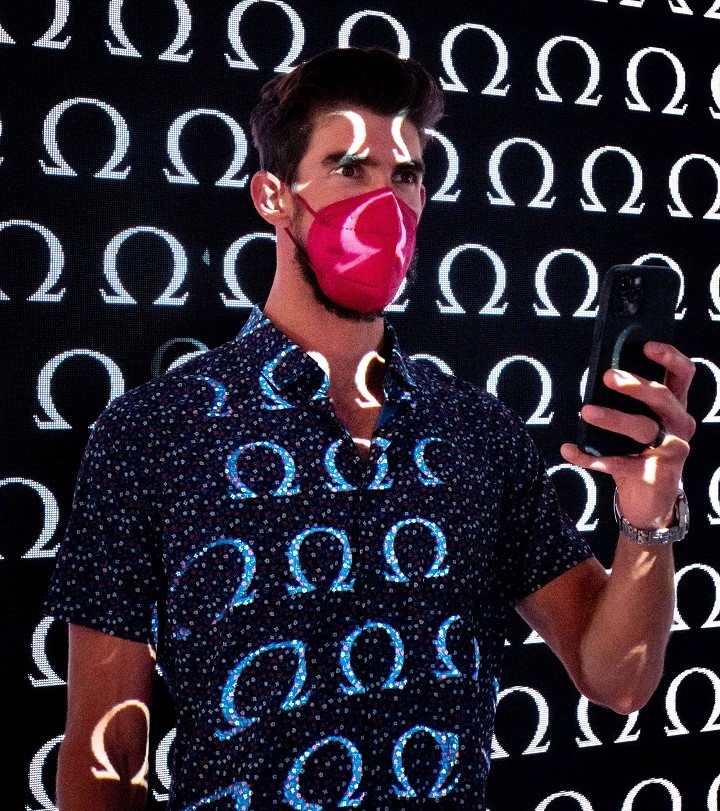 The most decorated Olympian of all time is well versed in OMEGA’s timekeeping story, with first-hand knowledge of how crucial a split-second can be, given his narrow-margin win over Milorad Čavić at the 2008 Olympic Games in Beijing. 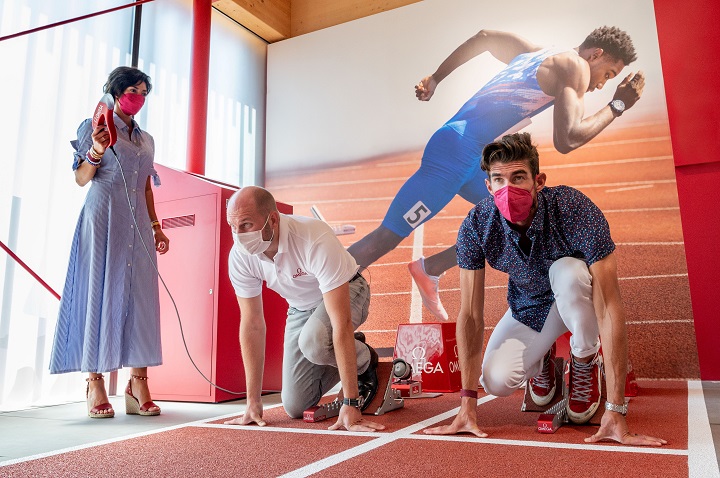 Reflecting on his slim victory, Michael Phelps acknowledged the Official Timekeeper’s role in his success and praised the innovative spirit driving the technology forward. “To win by one hundredth of a second is incredible. OMEGA had the technology to prove it and I’m very grateful, because it may not have been possible to judge with the naked eye. Then to see where timekeeping is going now. The changes made to open water, water polo, climbing. OMEGA really brings the experience to the spectator”. 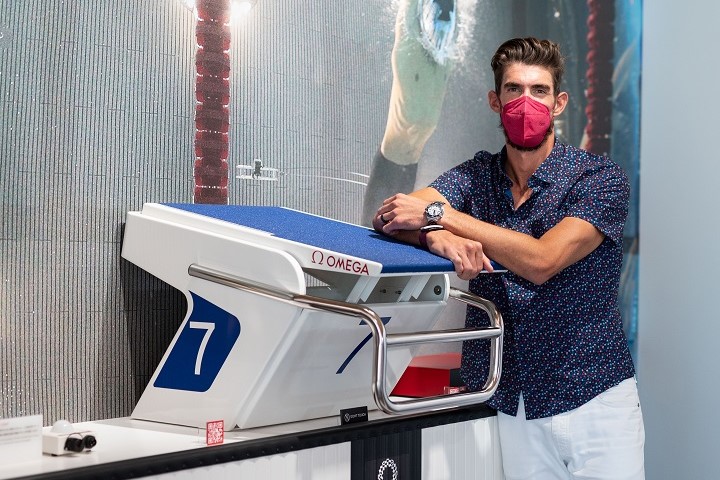 As a veteran of five Olympic Games, over two and half decades, Michael Phelps admits to mixed emotions when asked about experiencing Tokyo 2020 as a fan and not a competitor.

“It will be weird, but I’m very excited about what’s going to come and hope my presence will inspire the Tokyo 2020 athletes to give their absolute best”. 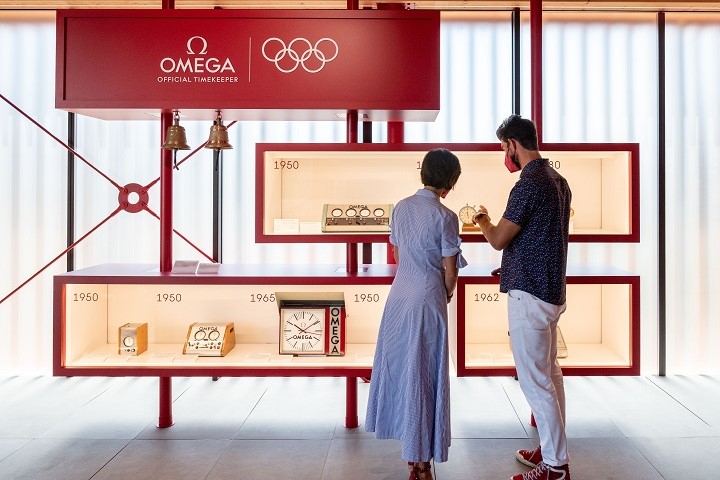 With 28 medals to his name - 23 of them gold, the world’s greatest Olympian can be sure of it.

During his visit to OMEGA Showcasing, Michael Phelps wore the Seamaster Diver 300M Tokyo 2020. The brand’s beautiful tribute to the great event. 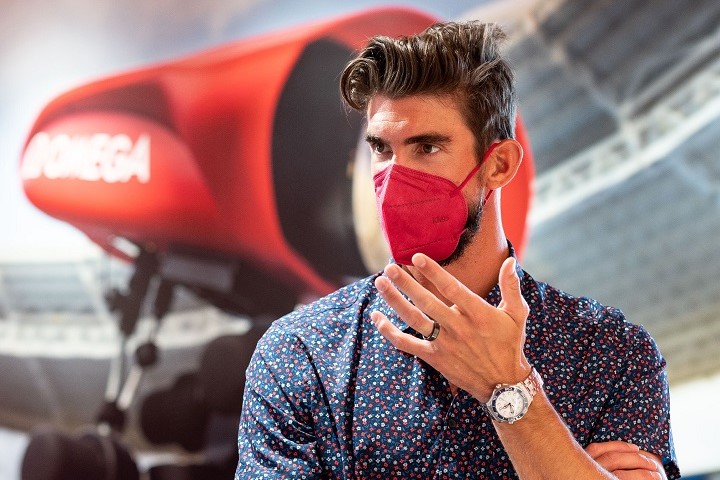 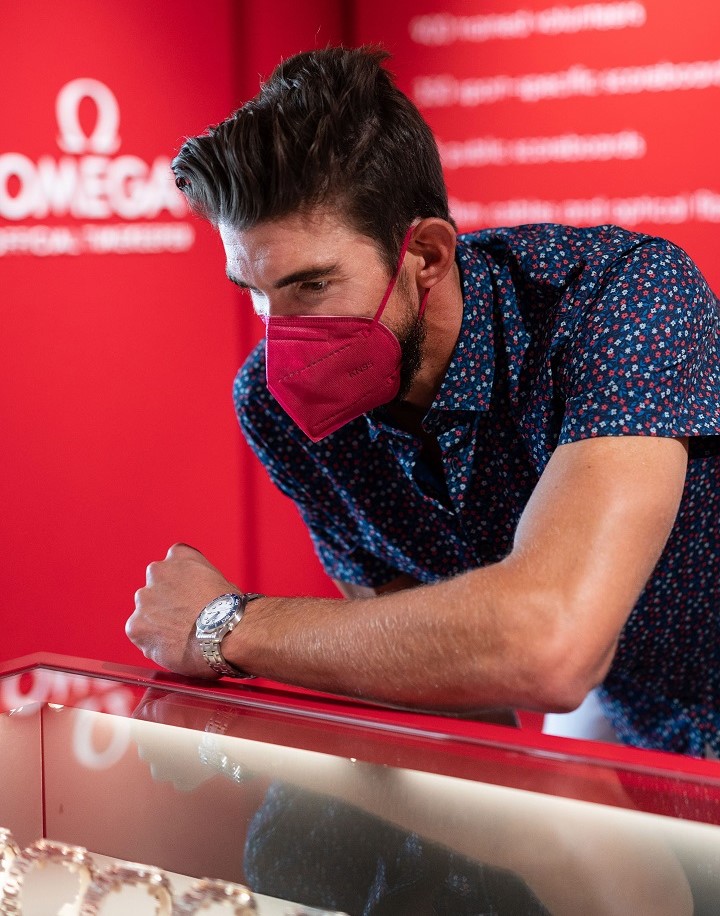