ON YOUR MARKS, SET - RELAX Since winning gold at the 2014 Youth Olympic Games in Nanjing, track and field star Noah Lyles has been a force to reckon with, achieving four Diamond League wins and a gold at the 2019 World Championships in Doha. 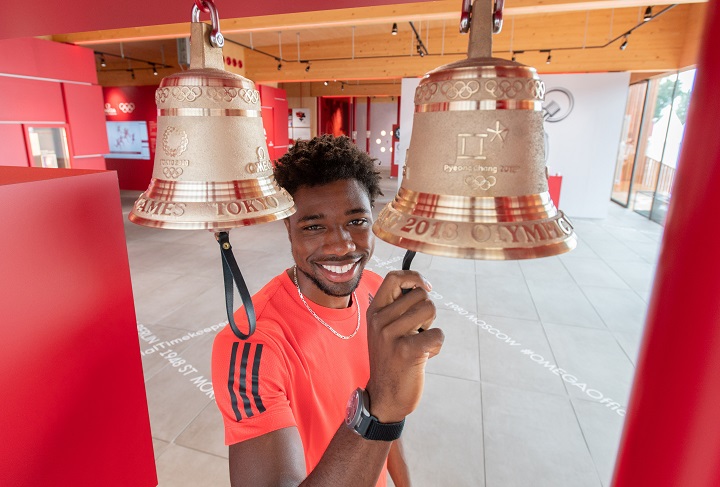 On August 4th, 2021, the spirited young athlete from Gainesville, Florida joined the ranks of Olympic medallists, winning bronze in the Men’s 200m finals. 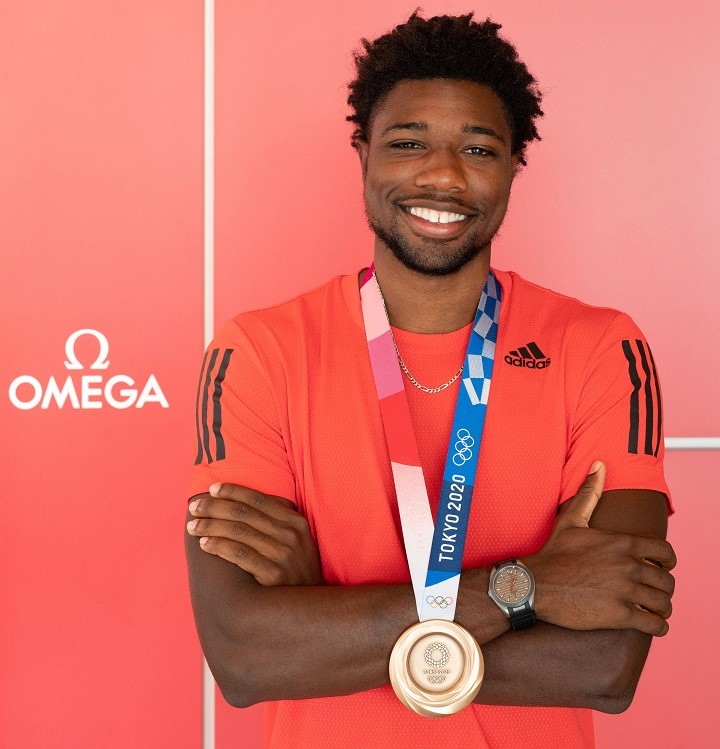 When asked about the final, the young athlete was open about his mixed feelings, calling his bronze medal win “bittersweet” while acknowledging that his place in the top three was a great personal achievement. “I’m proud of myself and I learned a lot. You can’t always go straight from A to B. There are twists and turns”. It’s fitting that the city of Tokyo should provide the backdrop for his first Olympic Games. Noah Lyles loves Japanese culture, in particular the animated art form Manga. The Team USA star is passionate about Dragon Ball, which gained him a large fan base in the host nation long before stepping out on the track. 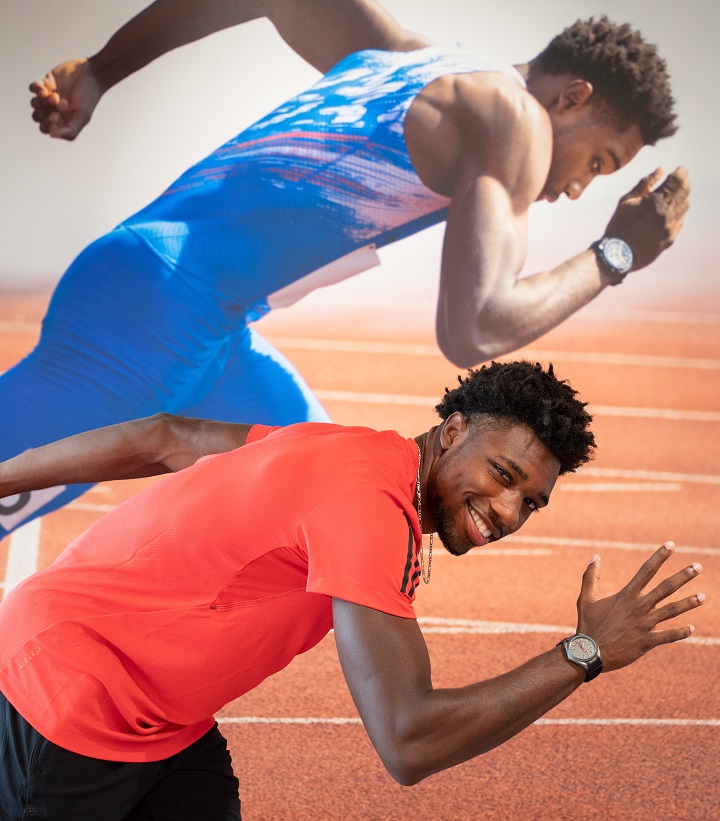 “I love this watch. It looks great, it’s light and well balanced. It has an easy elasticity. It’s perfect for me. The lighter the watch, the better the race”.