For American swimmer Caeleb Dressel, memories of Tokyo 2020 will be forever gold. 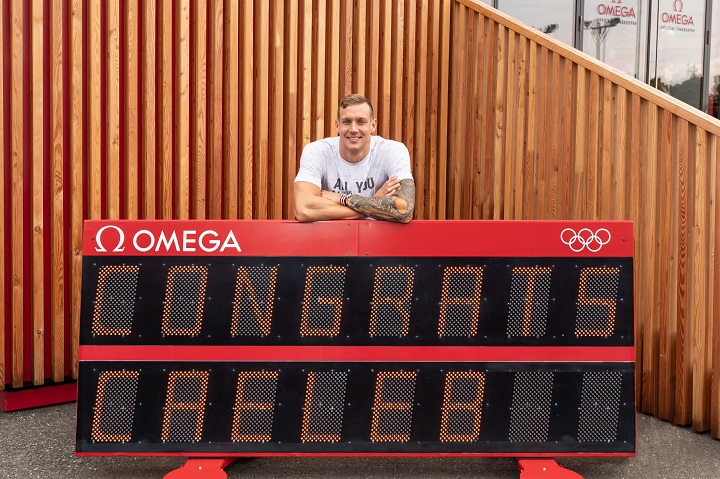 Along the way, he set new World and Olympic records and became the fifth swimmer to win at least five gold medals in one Olympic Games, joining the list with fellow OMEGA Ambassador Michael Phelps.

OMEGA precision played a vital role in recording his Olympic dreams and the brand was thrilled to guide the swimming star through its showcase of timekeeping technology in Tokyo, where he even tried his hand at watchmaking. 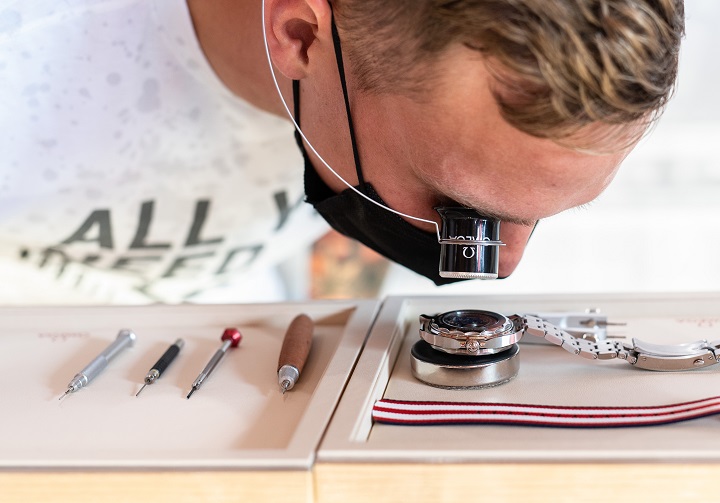 Asked how he felt about joining the OMEGA family, Caeleb Dressel said, “It’s very humbling, it’s a great brand, and precision timing is so important. One hundredth of a second makes a big difference to your results”.

An Olympic gold medallist and world record holder prior to Tokyo 2020, Caeleb Dressel has been on a winning trajectory since 2017, when he claimed seven gold medals at the World Aquatics Championships in Budapest.

OMEGA is proud to include Caeleb Dressel in its impressive roster of swimming greats, which includes Chad le Clos, Swiss swimmer Jérémy Desplanches and the legendary Michael Phelps. “I got it in Hawaii. I don’t usually choose navy blue, but this watch kind of screamed at me. I had to have it – and I really like gold”.